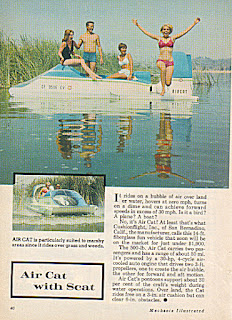 
To meet the US Army's requirement, Piasecki's design featured two tandem, three-blade ducted rotors, with the crew of two seated between the two rotors. Power was by two 180 hp (134 kW) Lycoming O-360-A2A piston engines, driving the rotors by a central gearbox. The first of two aircraft ordered by the Army, initially designated the Model 59K Skycar (and later renamed Airgeep) by Piasecki, and designated VZ-8P by the Army flew on 22 September 1958.

It was re-engined with a single 425 shp (317 kW) Turbomeca Artouste turboshaft replacing the two piston engines, flying in this form in June 1959. After being loaned to the US Navy for evaluation as the Model 59N (where it was fitted with floats, it was returned to the Army and its engine replaced by a lighter and more powerful (550 shp (410 kW)) Garrett AiResearch TPE331-6 engine.

The second prototype was completed to a modified design, designated Model 59H Airgeep II by Piasecki and VZ-8P (B) It was powered by two Artouste engines, with ejection seats for the pilot and co-pilot/gunner and a further three seats for passengers. It was also fitted with a powered tricycle undercarriage to increase mobility on land.

While the Airgeep would normally operate close to the ground, it was capable of flying to several thousand feet, proving to be stable in flight. It could also have the power of "invisibility" because its ducts shielded the propellers so it could not be seen visually or detected on radar because it flew so low.[6] Despite these qualities, and its superiority over the other two types evaluated by the US Army to meet the same requirement (the Chrysler VZ-6 and the Curtiss-Wright VZ-7, the Army decided that the "Flying Jeep concept was unsuitable for the modern battlefield, and concentrated on the development of conventional helicopters.[4]
Lähettänyt Unknown klo 1.57 Ei kommentteja:

"I suspect that this video was shot a the Aberdeen Md proving grounds before they were sent to Vietnam. All 3 were built in England shipped to Aberdeen then sent to Vietnam. The ACV in this video is either 901 or 902. Both had the granade launcher on the front left side of the deck. Both 901 and 902 were destroyed in Vietnam, 901 hit a dud bomb, and 902 hit a VC mine. 903, my ACV in Vietnam, didn't have the granade launcher."